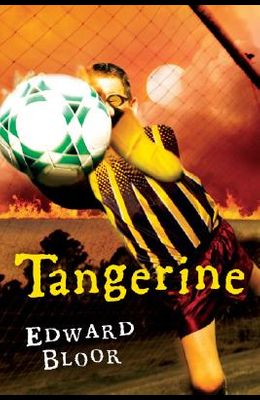 Paul Fisher plays soccer despite the thick glasses he wears because of a mysterious eye injury. When his family moves to Tangerine, Florida, strange things start to happen, but nothing is stranger than the secrets Paul finds out about his older brother, his new friends, and his own dangerous past. Named as one of ALAUs Top-Ten Books for Young Adults.

From the Back Cover THE TRUTH LIES BENEATH Paul Fisher's older brother is a high school football star, but to Paul he's no hero. Paul's own game is soccer, which he plays even though he has to wear thick glasses because of a mysterious eye injury. When the Fishers move to Tangerine, Florida, Paul tries to make sense of things. But it's not easy. In Tangerine, underground fires burn for years and lightning strikes the same practice field every day. Strange things happen here all the time -- but nothing is stranger than the secrets Paul discovers about his brother, his new group of friends, and his own dangerous past.