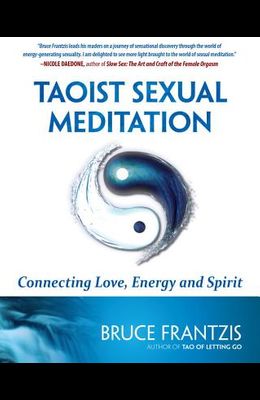 Since the first waves of Eastern philosophy traveled across the sea, Westerners have been intrigued by ancient traditions such as tantra, yoga, tai chi, and martial arts. Yet although some aspects of Taoist sexual practices have appeared in print, until now there has been no comprehensive book on Taoist sexual meditation. The Water method of Taoist sexual meditation, as was taught by Lao Tse, author of the Tao de Ching, shows us how to use dissolving meditation to relax and let go. This foundation practice ultimately gets us out of our head and into our body and the universe. Sex expands into the world of spirit, enabling us to resolve and clear energetic, emotional, and karmic blockages. With sexual meditation it is possible to access more than four times the energy of solo meditative practices. This abundance of energy can then be directed to healing and to conscious evolution. You will learn how to work with chi (energy) during sex, gain an understanding of Taoist ethics and morality, and realize the highest spiritual potential of sex as meditation. Find out how to increase sensitivity, activate your yin and yang meridians, and overcome cultural conditioning. Understand how the Chinese theory of the Five Elements can give insight into your own sexual nature and determine sexual compatibility with potential partners. An accelerated path for internal development, sexual meditation has rarely been shared outside Eastern monasteries. Encouraged by his teachers to bring these authentic practices to the West, Frantzis presents Taoist Sexual Meditation as a profound spiritual path that can heal and calm the turbulence of mind, allowing it to open to the infinite potential of the Tao.