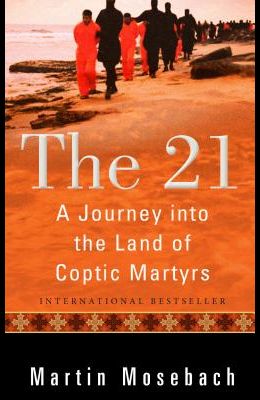 The 21: A Journey Into the Land of Coptic Martyrs

by
Martin Mosebach and Alta Price

Behind a gruesome ISIS beheading video lies the untold story of the men in orange and the faith community that formed these unlikely modern-day saints and heroes. In a carefully choreographed propaganda video released in February 2015, ISIS militants behead twenty-one orange-clad Christian men on a Libyan beach. In the West, daily reports of new atrocities may have displaced the memory of this particularly vile event. But not in the world from which the murdered came. All but one were young Coptic Christian migrant workers from Egypt. Acclaimed literary writer Martin Mosebach traveled to the Egyptian village of El-Or to meet their families and better understand the faith and culture that shaped such conviction. He finds himself welcomed into simple concrete homes through which swallows dart. Portraits of Jesus and Mary hang on the walls along with roughhewn shrines to now-famous loved ones. Mosebach is amazed time and again as, surrounded by children and goats, the bereaved replay the cruel propaganda video on an iPad. There is never any talk of revenge, but only the pride of having a martyr in the family, a saint in heaven. The 21 appear on icons crowned like kings, celebrated even as their community grieves. A skeptical Westerner, Mosebach finds himself a stranger in this world in which everything is the reflection or fulfillment of biblical events, and facing persecution with courage is part of daily life. In twenty-one symbolic chapters, each preceded by a picture, Mosebach offers a travelogue of his encounter with a foreign culture and a church that has preserved the faith and liturgy of early Christianity - the Church of the Martyrs. As a religious minority in Muslim Egypt, the Copts find themselves caught in a clash of civilizations. This book, then, is also an account of the spiritual life of an Arab country stretched between extremism and pluralism, between a rich biblical past and the shopping centers of New Cairo.

Other religious intolerance, persecution & conflict books you might enjoy