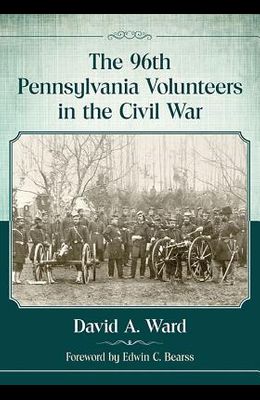 The 96th Pennsylvania Volunteers in the Civil War

The 96th Pennsylvania Volunteers infantry regiment was formed in 1861--its ranks filled by nearly 1,200 Irish and German immigrants from Schuylkill County responding to Lincoln's call for troops. The men saw action for three years with the Army of the Potomac's VI Corps, participating in engagements at Gaines' Mill, Crampton's Gap, Salem Church and Spotsylvania. Drawing on letters, diaries, memoirs and other accounts, this comprehensive history documents their combat service from the point of view of the rank-and-file soldier, along with their views on the war, slavery, emancipation and politics.