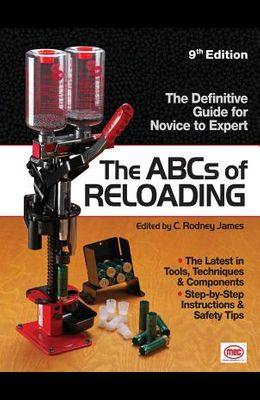 The ABCs of Reloading: The Definitive Guide for Novice to Expert

A step-by-step guide to reloading rifle and handgun cartridges and shotshells In these days of widespread ammunition shortages, it pays--literally--to know how to roll your own cartridges. But don't think it's some kind of rocket science. Let The ABCs of Reloading show you how With the help of The ABCs of Reloading , you'll be reloading your own cartridges--and saving big bucks--faster than you ever thought possible. It's all here Step-by-step procedures for reloading rifle, handgun and shotgun ammunition Hundreds of detailed photos Everything you need to know about primers, bullets, powders and cases Bonus: The best reloading articles from the Gun Digest archives and more Don't let the next ammunition shortage catch you unprepared. Arm yourself with money-saving knowledge - with The ABCs of Reloading