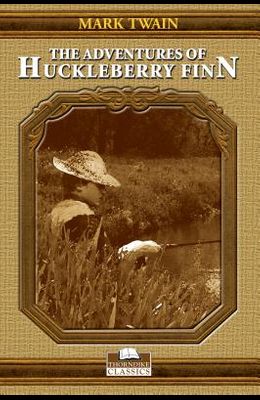 Book #2 in the Adventures of Tom and Huck Series
by
Mark Twain
$15.99
Select Format

A GOLD MINE FOR SCHOLARS. *Deidre Carmody The New York Times Now, in this extraordinary literary uncovering, the original first half of Mark Twain's American masterpiece is available for the first time ever to a general readership. Lost for more than a century, the passages reinstated in this edition reveal a novel even more controversial than the version Twain published in 1885 and provide an invaluable insight into his creative process. A breakthrough of unparalleled impact, this comprehensive edition of an American classic is the final rebuttal in the tireless debate of what Twain really meant. A] MASTERLY RESTORATION . . . I wish this new version of Huckleberry Finn would be distributed to all the nation's classrooms as the basic text and lead to a badly needed reconsideration of the questions it raises. *James A. McPherson Chicago Tribune THOUGHTFULLY RESPECTS TWAIN'S INTENTIONS. *Gary Lee Stonum The Cleveland Plain Dealer With a Foreword and Addendum by Victor Doyno From the Paperback edition.