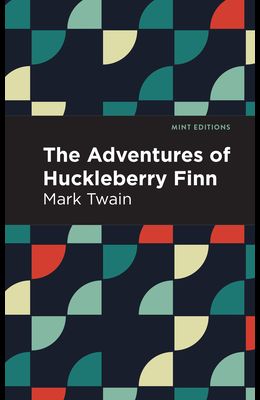 by
Mark Twain and Mint Editions

Set as the sequel to the classic American novel, The Adventures of Tom Sawyer , The Adventures of Huckleberry Finn has earned just its rightful place as an icon in literary history. Poised as one of the first novels to attract the American masses with its readable text style, Mark Twain wrote about the controversial yet pertinent subject matter regarding the unlikely friendship between a boy and a fugitive slave. Mark Twain conjured a story set to capture the attention and fascination of readers for generations to come. After a life-changing adventure with his comrade, Tom Sawyer, Huckleberry Finn, Huck, as he's known, must figure out how to deal with his new life in the aftermath of finding a significant amount of money along the banks of the Mississippi River. Protecting what's rightfully his, Huck keeps the money in a trust, tucked away from his drunken father. With the weight of numerous county judges siding with the responsibility of Huck's father in securing the money, Huck fears his life of independence has been hopelessly squandered. Forced to endure confinement and relentless abuse, Huck takes matters into his own hands, leading him on the adventure, and a new friendship of a lifetime. Scared, lonely, and fiercely independent, Huck Finn must learn that in order to survive he must become comfortable with the uncomfortable. Huck must learn to trust those around him, and most importantly, to be brave in the face of extreme hardship.

From the Back Cover The Adventures of Huckleberry Finn , by Mark Twain, follows a young boy who goes by the name Huck. Raised under the roof of his drunken father while fearing for his life, Huck escapes and embarks on the adventure of a lifetime.