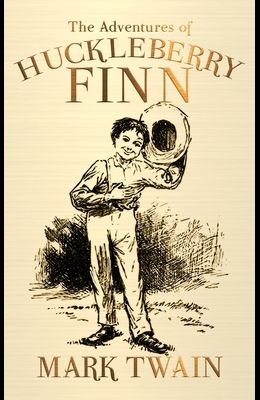 Known as one of the Great American Novels, The Adventures of Huckleberry Finn is the sequel to Mark Twain's other classic, The Adventures of Tom Sawyer. Huck Finn, the friend of Tom Sawyer, has no choice but to live with his father, a drunk who has just returned to town. Due to the treatment he receives from his father, Huck fakes his own death to escape his terrible life and finds himself an unassuming friend--a runaway slave named Jim. Together, the two end up caught in their own crazy adventures. While the book is known for capturing the culture of the old South, it has been heavily criticized for its usage of stereotypes and racial slurs, despite the overarching theme being anti-racism. This edition has not been 'sanitized' and remains faithful to the original, retaining Twain's original descriptions and depictions. Left as such, The Adventures of Huckleberry Finn is an incredible novel about a boy struggling to find where he fits into his society, and its social commentary on identity and race makes it a classic read.