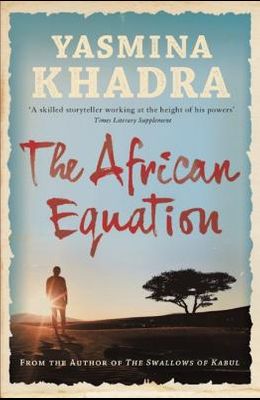 Khadra brings us deep into the hearts and minds of people living in unspeakable mental anguish.-- Los Angeles Times A skilled storyteller working at the height of his powers.-- Times Literary Supplement Like all the great storytellers of history, Khadra] espouses the contradictions of his characters, who carry in themselves the entirety of the human condition.-- Le Point A new masterpiece from the author of The Swallows of Kabul . Frankfurt MD Kurt Krausmann is devastated by his wife's suicide. Unable to make sense of what happened, Kurt agrees to join his friend Hans on a humanitarian mission to the Comoros. But, sailing down the Red Sea, their boat is boarded by Somali pirates and the men are taken hostage. The arduous journey to the pirates' desert hideout is only the beginning of Kurt's odyssey. He endures imprisonment and brutality at the hands of captors whose failings are all too human. As the situation deteriorates, it is fellow prisoner, Bruno, a long-time resident in Africa, who shows Kurt another side to the wounded yet defiant continent he loves. A giant of francophone writing, Algerian author Yasmina Khadra takes current events as a starting point to explore opposing views and myths of Africa and the West, ultimately delivering a powerful message of friendship, resilience, and redemption. Yasmina Khadra is the pen name of Mohammed Moulessehoul, a former Algerian army officer and now director of the Algerian Cultural Center in Paris. In November 2013, he announced his candidacy for the presidency of Algeria.

Books similiar to The African Equation