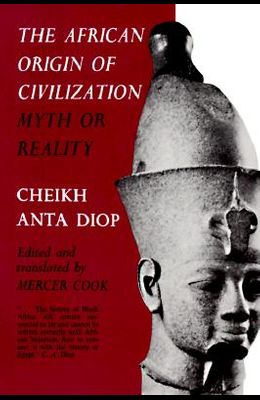 The African Origin of Civilization: Myth or Reality

Now in its 30th printing, this classic presents historical, archaeological, and anthropological evidence to support the theory that ancient Egypt was a black civilization.

From the Back Cover Edited and translated by Mercer Cook.Laymen and scholars alike will welcome the publication of this one-volume translation of the major sections of C. A. Diop's two books, Nations negres et culture and Anteriorite des civilizations negres, which have profoundly influenced thinking about Africa around the world. It was largely because of these works that, at the World Festival of the Arts held in Dakar in 1966, Dr. Diop shared with the late W. E. B. DuBois an award as the writer who had exerted the greatest influence on Negro thought in the 20th century.