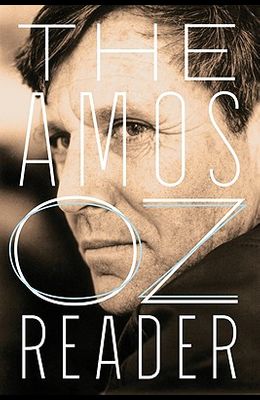 by
Amos Oz and Nitza BenDov

A rich and varied selection of writings--from the early 1960s to the present--by Amos Oz, one of Israel's leading novelists, public intellectuals, and political activists.

From the Back Cover A rich and varied selection of writings from the early sixties to the present by Amos Oz, one of Israel s leading novelists, public intellectuals, and political activists. The Amos Oz Reader draws on Oz's entire body of work and is loosely grouped into four themes: the kibbutz, the city of Jerusalem, the idea of a promised land, and his own life story. Included are excerpts from his celebrated novels, among them Where the Jackals Howl , A Perfect Peace , My Michael , Fima , Black Box , and To Know a Woman . Nonfiction is represented by selections from Under This Blazing Light , The Slopes of Lebanon , In the Land of Israel , and Oz s masterpiece, A Tale of Love and Darkness . With an illuminating introduction by Robert Alter. Praise for A Tale of Love and Darkness A[n] ingenious work that circles around the rise of a state, the tragic destiny of a mother, a boy s creation of a new self. The New Yorker Detailed and beautiful As he writes about himself and his family, Oz is also writing part of the history of the Jews. Los Angeles Times AMOS OZ is a prize-winning novelist and essayist whose honors include the Prix Femina, the Israel Prize, the Frankfurt Peace Prize, and the Prince of Asturias Award for Letters. Most recently, his memoir, A Tale of Love and Darkness , received the Koret Jewish Book Award. He lives in Arad. NITZA BEN-DOV is Professor of Hebrew and Comparative Literature at Haifa University, as well as a scholar of biblical poetics. ROBERT ALTER is an esteemed scholar and translator. His recent translations include The Book of Psalms and The Five Books of Moses .