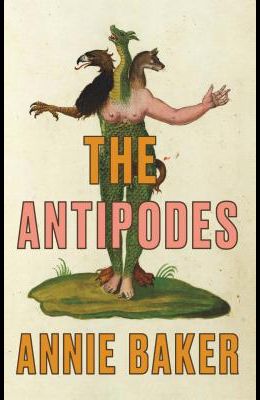 Drawing on the immediacy of overheard conversation, she has pioneered a style of theatre made to seem as untheatrical as possible, while using the tools of the stage to focus audience attention. . . . To watch Baker's work is to be drawn into a world that feels as unplotted as real life . . . but that breaks abruptly into surreal transcendence.--Nathan Heller, New Yorker Ms. Baker, one of the freshest and most talented dramatists to emerge Off-Broadway in the past decade, writes with tenderness and keen insight about the way people make messes of their lives--and the lives of people they care about. --Charles Isherwood, The New York Times The latest work by the funny, empathetic genius ( New Yorker ) Annie Baker, The Antipodes is the brilliant follow-up to her critically-acclaimed play John and Pulitzer Prize winner The Flick . Baker's uniquely shrewd writing style shines through in this much anticipated Off-Broadway hit, complete with her signature hyper-realistic depiction of humanity and how we cope with the surprises and pitfalls of life. Annie Baker 's works include John, The Flick (Pulitzer Prize), The Aliens (Obie Award), Body Awareness, Circle Mirror Transformation (Obie Award), Nocturama , and an adaptation of Anton Chekhov's Uncle Vanya . Her work has been produced at more than a hundred theatres in the U.S. and in more than a dozen countries. Recent honors include a Guggenheim Fellowship, the Steinberg Playwright Award and a New York Drama Critics Circle Award. She is a resident playwright at Signature Theatre in New York.

List of All Editions of The Antipodes (Tcg Edition)