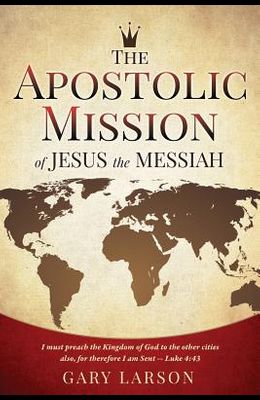 The Apostolic Mission of Jesus the Messiah

The subject of this book is the apostolic mission of Jesus the Messiah, who was sent into this world by His Heavenly Father and given a commission to liberate humanity from the kingdom of the devil and the evil powers which have been allied with him ever since the fall of Adam. In fulfilling this mission, Jesus pursued an active ministry for over three years. His mission and ministry were focused on the proclamation of a completely new message: the Gospel, or Good News, of the Kingdom of God. Through this message, Jesus announced that God's Kingdom was breaking into the darkness of this world to liberate the captives of the devil. Moreover, it was a multimedia presentation which was announced in words and demonstrated in miraculous works of healing and deliverance through the power of the Holy Spirit. His apostolic mission is especially important to the modern Church because it is also our mission and ministry. Although our Lord was the first to announce the Gospel of the Kingdom, He trained and equipped His apostles to carry on the ministry which He had begun. Moreover, before He ascended to the Father He commissioned His Church to proclaim the Gospel of the Kingdom throughout the entire world. Gary Larson is an itinerant Bible teacher who lives in Columbus, Ohio. He and his wife Maureen have three grown children, three grandchildren, and one great grandchild. Gary's first career was in astronomy, but God called him into the Gospel ministry over forty years ago. He has taught in a Bible school and pastored two churches. The Apostolic Mission of Jesus the Messiah is his first book.