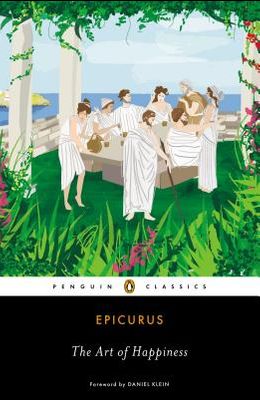 The Art of Happiness

by
Epicurus and George K Strodach

The brilliant writings of a highly influential Greek philosopher, with a foreword by Daniel Klein, author of Travels with Epicurus The teachings of Epicurus--about life and death, religion and science, physical sensation, happiness, morality, and friendship--attracted legions of adherents throughout the ancient Mediterranean world and deeply influenced later European thought. Though Epicurus faced hostile opposition for centuries after his death, he counts among his many admirers Thomas Hobbes, Thomas Jefferson, Karl Marx, and Isaac Newton. This volume includes all of his extant writings--his letters, doctrines, and Vatican sayings--alongside parallel passages from the greatest exponent of his philosophy, Lucretius, extracts from Diogenes Laertius' Life of Epicurus , a lucid introductory essay about Epicurean philosophy, and a foreword by Daniel Klein, author of Travels with Epicurus and coauthor of the New York Times bestseller Plato and a Platypus Walk into a Bar . For more than sixty-five years, Penguin has been the leading publisher of classic literature in the English-speaking world. With more than 1,500 titles, Penguin Classics represents a global bookshelf of the best works throughout history and across genres and disciplines. Readers trust the series to provide authoritative texts enhanced by introductions and notes by distinguished scholars and contemporary authors, as well as up-to-date translations by award-winning translators.