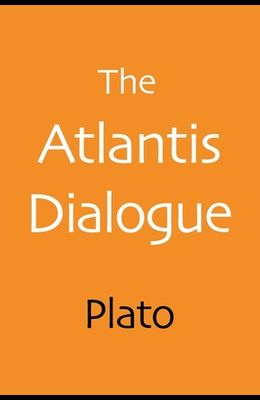 The Atlantis Dialogue: Plato's Original Story of the Lost City and Continent

by
Plato and Aaron Shepard and B Jowett

Atlantis was first introduced by the Greek philosopher Plato in two dialogues he wrote in the fourth century B.C. His tale of a great empire that sank beneath the waves -- a tale that Plato never even finished -- has sparked thousands of years of debate over whether Atlantis really existed. But did Plato mean his tale as history, or just as a parable to help illustrate his philosophy? In The Atlantis Dialogue, you'll find everything Plato said about Atlantis, in the context he intended. Now you can read and judge for yourself /////////////////////////////////////// An easy read . . . Provides a good starting point for anyone wanting to learn more about the Atlantis myth. -- Judy Justice, Midwest Book Review, Mar. 2002 (Reviewer's Choice) /////////////////////////////////////// SAMPLE CRITIAS: Consider then, Socrates, if this narrative is suited to the purpose, or whether we should seek for some other instead. SOCRATES: And what other, Critias, can we find that will be better than this, which is natural and suitable to the festival of the goddess, and has the very great advantage of being a fact and not a fiction? How or where shall we find another if we abandon this? We cannot, and therefore you must tell the tale, and good luck to you; and I in return for my yesterday's discourse will now rest and be a listener. CRITIAS: Let me begin by observing first of all, that nine thousand was the sum of years which had elapsed since the war which was said to have taken place between those who dwelt outside the pillars of Heracles and all who dwelt within them; this war I am going to describe. Of the combatants on the one side, the city of Athens was reported to have been the leader and to have fought out the war; the combatants on the other side were commanded by the kings of Atlantis, which, as I was saying, was an island greater in extent than Libya and Asia, and when afterwards sunk by an earthquake, became an impassable barrier of mud to voyagers sailing from hence to any part of the ocean. The progress of the history will unfold the various nations of barbarians and families of Hellenes which then existed, as they successively appear on the scene; but I must describe first of all Athenians of that day, and their enemies who fought with them, and then the respective powers and governments of the two kingdoms.