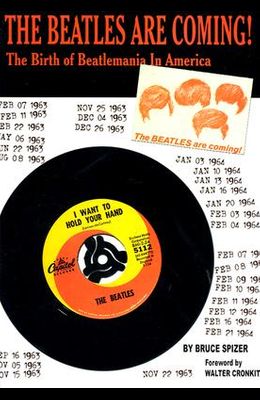 The Beatles Are Coming!: The Birth of Beatlemania in America

The Beatles Are Coming covers the Beatles first visit to the United States and the events leading up to the group's arrival on February 7, 1964. It is the most thorough and accurate book ever published on how Beatlemania evolved in America. The book details why Capitol Records turned down the Beatles four times before finally agreeing to release their records. It tells the stories of two small companies, Vee-Jay and Swan, who issued the group's records without success in 1963. It details the American media coverage of the Beatles in late 1963, when Beatlemania was viewed as a curious fad happening in England that could never catch on in the United States. It explains how the Beatles were booked for The Jack Paar Program and The Ed Sullivan Show, as well as two concerts at Carnegie Hall. The book concludes with stories and pictures of the Beatles historic first U.S. visit in February, 1964. The book contains over 450 images, including many previously unpublished photos of the Beatles. Foreword by Walter Cronkite.

Books similiar to The Beatles Are Coming!: The Birth of Beatlemania in America

List of All Editions of The Beatles Are Coming!: The Birth of Beatlemania in America