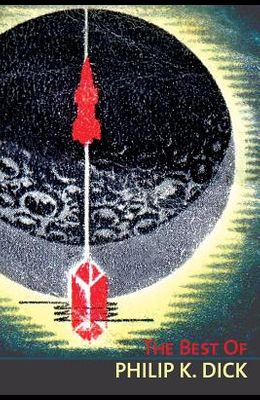 The Best of Philip K. Dick

Philip K. Dick didn't predict the future-- he summoned the desperate bleakness of our present directly from his fevered paranoia. Dick didn't predict the Internet or iPhones or email or 3D printers, but rather he so thoroughly understood human nature that he could already see, even at the advent of the transistor, the way technology would alienate us from each other and from ourselves. He could see us isolated and drifting in our own private realities even before we had plugged in our ear buds. He could see, even in the earliest days of space exploration, how much of our own existence remained unexplored, and how the great black spaces between people were growing even as our universe was shrinking. Philip K. Dick spent his first three years as a science fiction author writing shorter fiction, and in his lifetime he composed almost 150 short stories, many of which have gone on to be adapted into (slightly watered down) Hollywood blockbusters. Collected here are thirteen of his most Dickian tales, funhouse realities with trap doors and hidden compartments, the literary equivalent of optical illusions, tricks of perspective.

Books similiar to The Best of Philip K. Dick

List of All Editions of The Best of Philip K. Dick