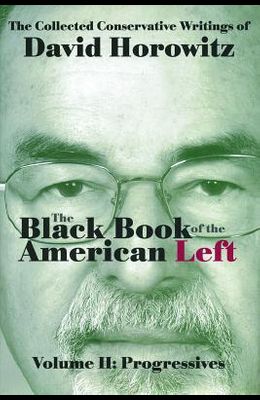 The Black Book of the American Left Volume 2: Progressives

David Horowitz spent the first part of his life in the world of the Communist-Progressive Left, a politics he inherited from his mother and father, and later in the New Left as one of its founders. When the wreckage he and his comrades had created became clear to him in the mid-1970s, he left. Three decades of second thoughts made him the Left's principle intellectual antagonist. For better or worse, as Horowitz wrote in the first volume of his collected conservative writings, I have been condemned to spend the rest of my days attempting to understand how the left pursues the agendas from which I have separated myself, and why. Volume I of the The Black Book of the American Left reflected on the turbulent years Horowitz spent collaborating with confrontational figures of the radical Left. In Volume II, Horowitz critiques the nature of the progressive outlook and its real-world consequences.