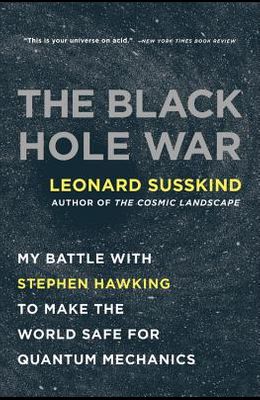 The Black Hole War: My Battle with Stephen Hawking to Make the World Safe for Quantum Mechanics

At the beginning of the 21 st century, physics is being driven to very unfamiliar territory--the domain of the incredibly small and the incredibly heavy. The new world is a world in which both quantum mechanics and gravity are equally important. But mysteries remain. One of the biggest involved black holes. Famed physicist Stephen Hawking claimed that anything sucked in a black hole was lost forever. For three decades, Leonard Susskind and Hawking clashed over the answer to this problem. Finally, in 2004, Hawking conceded. THE BLACK HOLE WAR will explain the mind-blowing science that finally won out, and the emergence of a new paradigm that argues the world--this catalog, your home, your breakfast, you--is actually a hologram projected from the edges of space.

List of All Editions of The Black Hole War: My Battle with Stephen Hawking to Make the World Safe for Quantum Mechanics