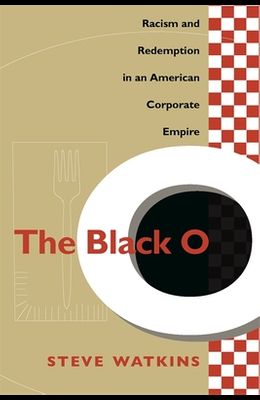 The Black O: Racism and Redemption in an American Corporate Empire

The story of a landmark battle against discrimination, The Black O is a behind-the-scenes detective story of how the case against the Shoney's restaurant chain for racially discriminatory hiring practices evolved. 9 photos.

From the Back Cover In 1988 several white managers of the Shoney's restaurant chain protested against the company's discriminatory hiring practices, including an order at some restaurants to blacken the O in Shoney's on minorities' job applications so that the marked forms could then be ignored or discarded. When the managers refused to comply, they lost their jobs but not their resolve - they sued the company, and their case grew to become one of the largest racial job discrimination class action lawsuits and settlements in American history. The Black O is a fascinating, behind-the-scenes detective story about how the case evolved. The saga is populated with many unforgettable characters, including civil rights lawyer Tommy Warren, the former college football star and convicted felon who took the case; Ray Danner, the ironfisted former CEO who developed the Shoney's concept on a national level; and Justice Clarence Thomas, former head of the Equal Employment Opportunity Commission, which sat idly by for years while discrimination complaints mounted against the Shoney's empire. Five years after the lawsuit was filed, Shoney's offered to settle the case before it went to trial. The lawsuit was dropped, and the nearly 21,000 claimants divided a $132.5 million settlement, bringing to an abrupt end a landmark case that changed corporate attitudes nationwide. Once shamed, Shoney's is now an industry leader in minority employment. Although David was victorious over Goliath in this case, The Black O speaks to an issue that continues to have great urgency in contemporary American society. In light of the recent Texaco, Publix, Denny's, and Cracker Barrel lawsuits, this case serves as a stark refutation of thebelief that the civil rights movement and legislation have eliminated systemic discrimination from the American workplace.

Other human resources & personnel management books you might enjoy