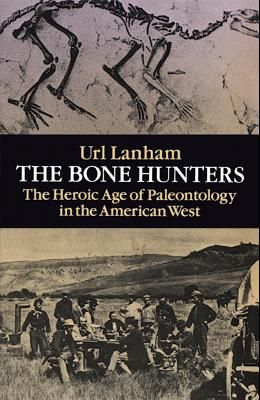 The Bone Hunters: The Heroic Age of Paleontology in the American West

Highly recommended to all scientists and non-scientists interested in paleontology and the West. Science Books A century after the founding of the Republic, the United States was a leader in the science of vertebrate paleontology the study of the fossils of backboned animals. In this lucid, nontechnical study, a noted popularizer of science and former curator at the Museum of the University of Colorado first reviews the geology of the western United States and provides an overview of American paleontology since the days of Thomas Jefferson. Dr. Lanham next focuses on the paleontologists themselves and the astounding fossil discoveries that revolutionized our understanding of vertebrate evolution. You'll learn how nineteenth-century paleontologists struggled against hostile Indians, scorching summers and frigid winters, loneliness, isolation, lack of funds and other hardships as they excavated tons of fossil bones from beds and quarries in South Dakota, Kansas, Wyoming, Utah, Colorado, and other areas. While many eminent scientists are profiled, including Samuel Williston, John Bell Hatcher, Ferdinand Vandiveer Hayden, and Joseph Leidy, much of the book is devoted to the explorations and achievements of Othniel Charles Marsh and Edward Drinker Cope. These two brilliant paleontologists, whose discoveries revolutionized the discipline, eventually became bitter rivals and the central figures in one of the most notorious scientific feuds of the century. These and many other aspects of 19th-century paleontology are covered in this fascinating and readable book. Easily accessible to the layman, The Bone Hunters will appeal to any reader interested in the behind-the-scenes drama and inspired scientific fieldwork that resulted in an explosion of knowledge about the nature and evolution of the prehistoric animals that once roamed the American West.