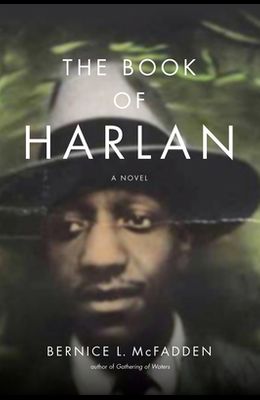 The Book of Harlan

Praise for Bernice L. McFadden: McFadden works a kind of miracle--not only do her characters retain their appealing humanity; their story eclipses the bonds of history to offer continuous surprises...Beautiful and evocative. --Jesmyn Ward, New York Times Book Review (Editors' Choice), on Gathering of Waters Read it aloud. Hire a chorus to chant it to you and anyone else interested in hearing about civil rights and uncivil desires. --Alan Cheuse, All Things Considered (NPR), on Gathering of Waters The Book of Harlan opens with the courtship of Harlan's parents and his 1917 birth in Macon, Georgia. After his prominent minister grandfather dies, Harlan and his parents move to Harlem, where he becomes a musician. Soon, Harlan and his best friend, trumpeter Lizard Robbins, are lured across the Atlantic Ocean to perform at a popular cabaret in the Parisian enclave of Montmartre--affectionately referred to as The Harlem of Paris by black American musicians. When the City of Light falls under Nazi occupation, Harlan and Lizard are thrown into Buchenwald, the notorious concentration camp in Weimar, Germany. The experience irreparably changes the course of Harlan's life. Based on exhaustive research and told in McFadden's mesmeric prose, The Book of Harlan skillfully blends the stories of McFadden's familial ancestors with those of real and imagined characters.