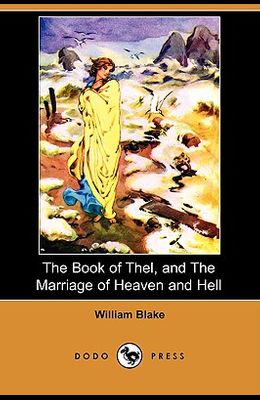 The Book of Thel, and the Marriage of Heaven and Hell (Dodo Press)

William Blake (1757-1827) was an English poet, painter, and printmaker. Largely unrecognized during his lifetime, Blake's work is now considered seminal in the history of both poetry and the visual arts. Once considered mad for his idiosyncratic views, Blake is highly regarded today for his expressiveness and creativity, as well as the philosophical and mystical undercurrents that reside within his work. His work has been characterised as part of the Romantic movement. Blake's first collection of poems, Poetical Sketches, was published circa 1783. In 1788 Blake began to experiment with relief etching, a method he would use to produce most of his books, paintings, pamphlets and poems. His other works include: Tiriel (1789), Songs of Innocence (1789), The Book of Thel (1789), The Marriage of Heaven and Hell (1790), The French Revolution (1791), Songs of Experience (1794) and The Ghost of Abel (1822).

List of All Editions of The Book of Thel, and the Marriage of Heaven and Hell (Dodo Press)