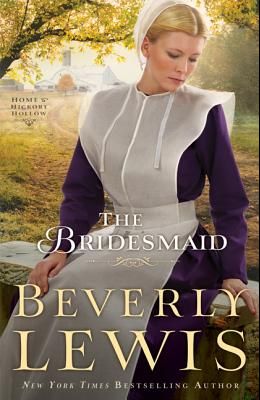 When distance, family hardships, and a forbidden desire threaten her secret courtship with outsider Eben Troyer, will Joanna ever be more than a bridesmaid?

From the Back Cover Come home to Hickory Hollow, Pennsylvania--the beloved setting where Beverly Lewis's celebrated Amish novels began--with new characters and new stories of drama, romance, and the ties that draw people together. Much of the credit [for the growth of Amish fiction] goes to Beverly Lewis, a Colorado author who gave birth to the genre in 1997 with The Shunning ... --Associated Press Joanna Kurtz has made several trips to the altar, but never as a bride. The young Amishwoman is a closet writer whose stories aren't her only secret. Eben Troyer hopes to make Joanna his bride--if he can ever leave his parents' farm in Shipshewana, Indiana. Yet Eben's hopes to build a life with Joanna hinge on his brother's return from the English world... As with her other novels about the Amish, Lewis has created absorbing, realistic characters and situations, giving meaningful glimpses into their different way of living. - Congregational Libraries Today

Home to Hickory Hollow Series In Order - By Beverly Lewis