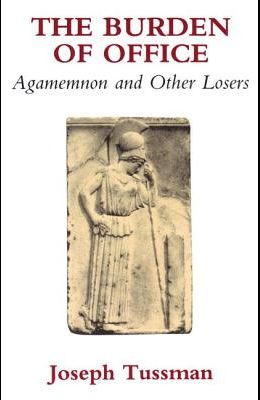 The Burden of Office: Agamemnon and Other Losers

Joseph Tussman's The Burden of Office is a book about the nature of political authority. Consider the symptoms of our present dilemma: leadership reduced to media sound bites, legitimate public power sold off to the marketplace in the name of privatization, citizens transformed into dubiously literate consumers in a Global Village. Can we make sense of any of this? To do so, Tussman turns to some of the oldest and greatest stories in our tradition. He re-reads and re-tells the tales of Moses, Oedipus, Orestes, Antigone and King Lear. The re-tellings, as it quickly becomes apparent, are really new tellings that explore the deepest meanings of our social institutions. Tussman traces the tension between passion and puritanism in an effort to make sense of public office and public authority in a way that leads to neither blind obedience nor fashionable cynicism. Lucid, original and ultimately wise, The Burden of Office is as much a work of literature as it is of philosophy.