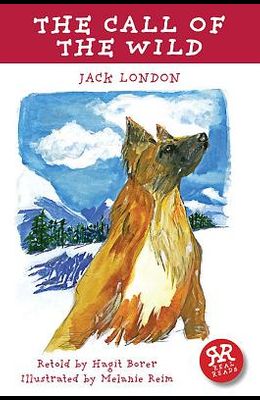 The Call of the Wild

Buck recognized the wild brother. He was whining softly, and they touched noses. A second wolf, old and battle-scarred, came forward and sniffed noses with him; he sat down, pointed his nose at the moon, and broke out in a long wolf howl. Buck, too, sat down and howled. Buck, a big, powerful dog, is kidnapped from his California home and sold as a sled dog in the Arctic. In his new environment he must learn quickly how to deal with man's club and dog's fang, or he will not be able to survive. He is transformed by two opposing forces - his love for John Thornton who saved his life, and the memories that awaken within him of the ways of his ancestors, both dogs and wolves. How will Buck survive, and not just survive, but become a leader of dogs and eventually a leader of wolves? Real Reads are accessible texts designed to support the literacy development of primary and lower secondary age children while introducing them to the riches of our international literary heritage. Each book is a retelling of a work of great literature from one of the world's greatest cultures, fitted into a 64-page book, making classic stories, dramas and histories available to intelligent young readers as a bridge to the full texts, to language students wanting access to other cultures, and to adult readers who are unlikely ever to read the original versions.