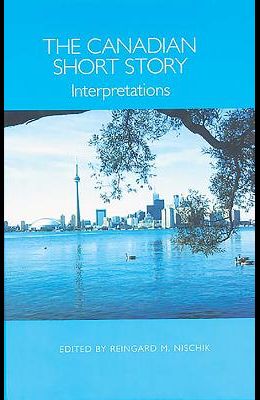 Beginning in the 1890s, reaching its first full realization by modernist writers in the 1920s, and brought to its heyday during the Canadian Renaissance starting in the 1960s, the short story has become Canada's flagship genre. Itcontinues to attract the country's most accomplished and innovative writers today, among them Margaret Atwood, Mavis Gallant, Alice Munro, Clark Blaise, and many others. Yet in contrast to the stature and popularity of the genreand the writers who partake in it, surprisingly little literary criticism has been devoted to the Canadian short story. This book redresses that imbalance by providing the first collection of critical interpretations of thirty well-known and often-anthologized Canadian short stories from the genre's beginnings through the twentieth century. A historical survey of the genre introduces the volume and a timeline comparing the genre's development in Canada, the US, and Great Britain completes it. Geared both to specialists in and students of Canadian literature, the volume is of particular benefit to the latter because it provides not only a collection of interpretations, but a comprehensive introduction to the history of the Canadian short story. Contributors: Reingard M. Nischik, Martina Seifert, Heinz Antor, Julia Breitbach, Konrad Gross, Paul Goetsch, Dieter Meindl, Nina K ck, Stefan Ferguson, Rudolf Bader, Fabienne C. Quennet, Martin Kuester, Jutta Zimmermann, Sylvia Mergenthal, Caroline Rosenthal, Wolfgang Klooss, Lothar H nnighausen, Heinz Ickstadt, Heinz Ickstadt, Gordon B lling, Christina Strobel, Waldemar Zacharasiewicz, Nadja Gernalzick, Eva Gruber, Brigitte Glaser, Georgiana Banita. Reingard M. Nischik is Professor of American Literature at the University of Konstanz, Germany.

List of All Editions of The Canadian Short Story: Interpretations