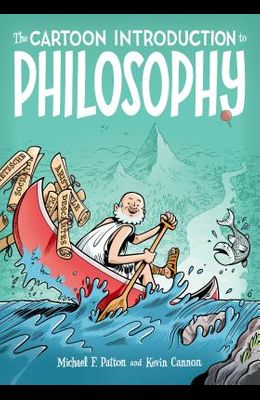 The Cartoon Introduction to Philosophy

The most entertaining and engaging philosophy class you'll ever take In The Cartoon Introduction to Philosophy, Michael F. Patton and Kevin Cannon introduce us to the grand tradition of examined living. With the wisecracking Heraclitus as our guide, we travel down the winding river of philosophy, meeting influential thinkers from nearly three millennia of Western thought and witnessing great debates over everything from ethics to the concept of the self to the nature of reality. Combining Cannon's playful artistry and Patton's humorous, instructive prose, The Cartoon Introduction to Philosophy puts the fun back into the quest for fundamental truths, imparting a love of wisdom to anyone willing to grab a paddle and join the ride.