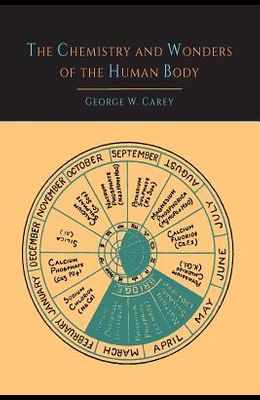 The Chemistry and Wonders of the Human Body

2013 Reprint of 1921 Edition. Full facsimile of the original edition, not reproduced with Optical Recognition Software. George Washington Carey (1845-1924) was an American physician known for a number of his 'Chemistry of Life' publications, a subject which he referred to as biochemistry, particularly in his 1919 The Chemistry of Human Life. Carey combined a mixture of religion, astrology, physiology, anatomy, and chemistry, themed particularly with a mineral-based theory of human disease, to develop his theories. Carey is popular among the new-age and homeopathic circles. In the context of a person viewed as a human molecule, Carey was the first to state that a person's body is a chemical formula in operation. With the renewed interest in homeopathy, increased study of astrology and the entrance of the Aquarian Age, Carey's work has gained more importance. This book is serves as a biochemic statement of the cause of disease and the physiological and chemical operation of the human organism and its chemical formulas as well as a statement on the chemical bridge or link between man and God.