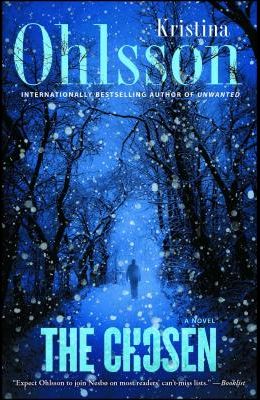 In her phenomenal #1 international bestseller--fifth in the critically acclaimed and award-winning Fredrika Bergman series--one of Sweden's best younger writers ( Los Angeles Times Magazine ) delivers a tense, atmospheric mystery featuring an enigmatic killer rooted in folklore. On a cold winter's day, a pre-school teacher is shot to death in front of parents and children at the Jewish Congregation in Stockholm. Just a few hours later, two Jewish boys go missing on their way to tennis practice, and an unexpected blizzard destroys any trace of the perpetrator. Investigative analyst Fredrika Bergman and police superintendent Alex Recht face their toughest challenge ever on the hunt for a killer as merciless as he is effective. As they struggle to pin down a lead, someone or something called the Paper Boy--a mysterious old Israeli legend of a nighttime killer--keeps popping up in the police investigation. But who was the Paper Boy really? And how could he have resurfaced in Stockholm? It is up to Fredrika to track down the elusive murderer before he claims his next victim.

Books similiar to The Chosen