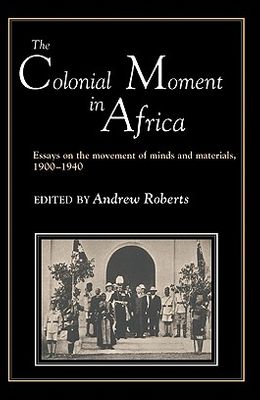 The Colonial Moment in Africa: Essays on the Movement of Minds and Materials, 1900-1940

by
and Andrew Roberts and A D Roberts

This book includes the first five, thematic, chapters from the Cambridge History of Africa, Volume 7. They deal with Africa south of the Sahara, during a period in which economic and cultural changes greatly enlarged the horizons of Africans, even though colonial rule seemed set to last for a very long time. The contributors break much new ground in exploring a variety of topics which transcend colonial frontiers: the impact of Africa on the thought of the colonial powers; impulses to economic growth, and new frameworks directing the movement of people, goods and money; the rapid expansion of world religions and their interaction with indigenous beliefs and colonial regimes; the circulation of ideas among Africans, and the growth of new social identities, as reflected in the press, literature, art and music. Each chapter is accompanied by a bibliography updated for this edition.