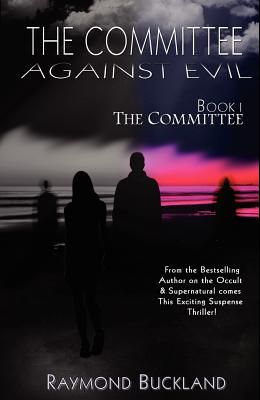 In The Committee Against Evil 2 Book Series, world-famous, best-selling author Raymond Buckland brings his creative writing talents to the world of fiction for two intriguing tales. In Book I: The Committee: The Cold War may be over for most of us, but in the world of The Committee, the Cold War is in full swing and the weapons of power include astral projection and psychokinesis. The battleground is on the earth, in space, and on the astral plane. The prize for this war is the very future of the United States. The story begins with just a slight irregularity. Stopping a satellite launch is not unusual-but when two routine communications satellite launches are aborted for no reason, the government does something very secretive; it forms the Committee, a team of psychic experts to find out what caused the missions to be halted. As this group of talented people from around the nation begins what would become the supernatural adventure of a lifetime, they discover a plan by incredibly powerful psychics, under the control of an evil dictator, to control the U.S. Unfortunately, they have only days to stop the coup. Can this group of strangers, drawn together for a common cause, defeat the most powerful enemy ever? There is but one chance, and that is to defeat them at their own game-but is there enough time?