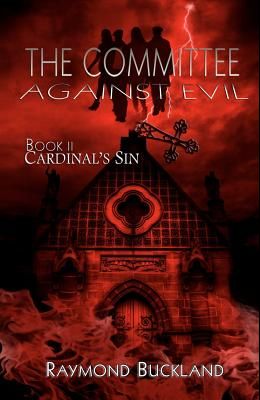 Fierce hurricanes, ruinous tornadoes, and flooding rains are sweeping the United States, costing thousands of lives and billions of dollars. As it becomes clear that these eerily violent and frequent storms are unnatural, the Committee (a cover group of psychics formed by the U. S. government to neutralize malignant paranormal forces) joins minds to determine how and why these devastating magical catastrophes are plaguing America -- and who's behind them. Meet Patrizio Ganganelli, a crazed Roman Cardinal obsessed with avenging his mother's rape by American soldiers during World War II. As the Cardinal plunders the Vatican's secret magic library to evoke demonic forces against the United States, the Committee joins forces with a Priestess of Witchcraft to counter the Cardinal's attack. But even the power of the Great Goddess may not be enough to defeat the ancient evil that's been set loose. As the Committee gathers every ounce of their psychic talent and courage, they realize that this is the most important fight of their lives -- and that the outcome will influence the fate of the world itself. Cardinal's Sin is a real page turner of a read -- Midwest Book Review