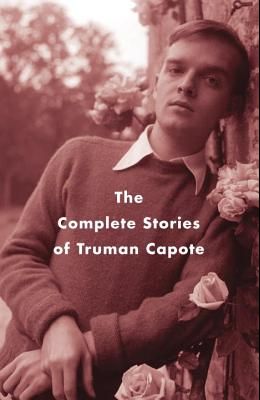 The Complete Stories of Truman Capote

by
Truman Capote and Reynolds Price

On the occasion of what would have been his 80th birthday, the Modern Library presents the first collection that includes all of Truman Capote's short fiction--a volume that confirms his status as one of the masters of this form.

From the front Cover Most readers know Truman Capote as the author of Breakfast at Tiffany's and In Cold Blood; or they remember his notorious social life and wild and witty public appearances. But he was also the author of superb short tales that were as elegant as they were heartfelt, as grotesque as they were compassionate. Now, on the occasion of what would have been his eightieth birthday, the Modern Library presents the first collection that includes all of Capote's short fiction-a volume that confirms his status as one of the masters of this form. Among the selections are A Tree of Night, in which an innocent student, sitting on a train beside a slatternly woman and her deaf-mute companion, enters a seductive nightmare that brings back the deepest fears of childhood . . . House of Flowers, the inspiration for a celebrated Broadway musical, which tells of a superstitious prostitute who learns to love in a way no one else can ever understand . . . the holiday perennial A Christmas Memory, famously adapted into a superb made-for-TV movie . . . and The Bargain, Capote's melancholy, never-before-published 1950 story about a suburban housewife's shifting fortunes. From the gothic South to the chic East Coast, from rural children to aging urban sophisticates, all the unforgettable places and people of Capote's oeuvre are captured in this first-ever compendium. The Collected Stories of Truman Capote should restore its author to a place above mere celebrity, to the highest levels of American letters. From the Hardcover edition.