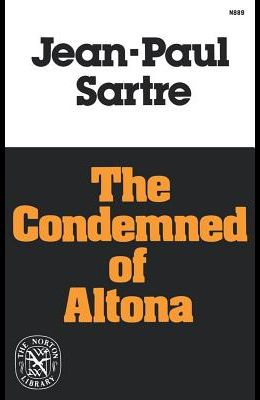 The Condemned of Altona

The Condemned of Altona is an act of judgment on the twentieth century, which might have been an admirable era (the closing lines tell us) if man had not been threatened by 'the cruel enemy who had sworn to destroy him, that hairless, evil, flesh-eating beast--man himself. 'All the characters in the play are defendants, trapped inside the frame of the proscenium as securely as Eichmann within his glass cage in Jerusalem; their judge is the past, and its verdict is without mercy. Two death penalties are imposed, and one sentence of solitary confinement for life. The stage, as so often in M. Sartre's hands, becomes a place of moral inquisition, at once a courtroom and a prison.