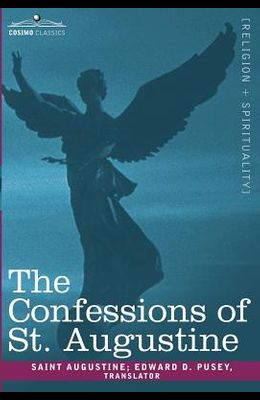 The Confessions of St. Augustine

Aurelius Augustinus, aka SAINT AUGUSTINE (354-430) was bishop of Hippo, today called Bona, in Algeria. Before his conversion to Christianity, however, he lead a wild and licentious youth in Carthage and later studied philosophy for years in Milan. His Confessions, in which he begs forgiveness from God for his sins and sets himself entirely to devotion to God, is not only a foundational work of Western theology, it is also one of the earliest autobiographies, offering keen insight into the workings of the medieval mind. ALSO AVAILABLE FROM COSIMO CLASSICS: Saint Augustine's The City of God Translator and British clergyman EDWARD BOUVERIE PUSEY (1800-1882) was one of the most influential figures in the Anglican church in the 19th century, formulated theology and doctrine that radically altered the practice of Christianity in England.