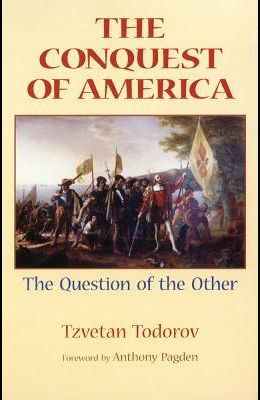 The Conquest of America: The Question of the Other

by
Tzvetan Todorov and Anthony Pagden and Richard Howard

The Conquest of America is a fascinating study of cultural confrontation in the New World, with implications far beyond sixteenth-century America. The book offers an original interpretation of the Spaniards' conquest, colonization, and destruction of pre-Columbian cultures in Mexico and the Caribbean. Using sixteenth-century sources, the distinguished French writer and critic Tzvetan Todorov examines the beliefs and behavior of the Spanish conquistadors and of the Aztecs, adversaries in a clash of cultures that resulted in the near extermination of Mesoamerica's Indian population.