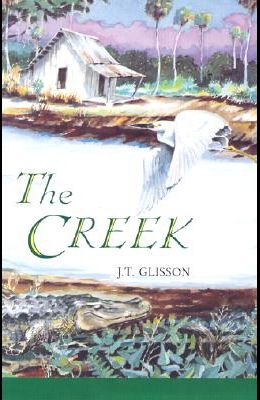 I had met only two or three of the neighboring Crackers when I realized that isolation had done something to these people. . . .They have a primal quality against their background of jungle hammock, moss-hung against the tremendous silence of the scrub country. The only ingredients of their lives are the elemental things.--Marjorie Kinnan Rawlings, March 1930, in a letter to Alfred S. Dashiell of Scribner's Magazine Except for one extended black family and one writer from up north, folks from Cross Creek were ornery, independent Crackers, J. T. Glisson writes in this memoir of growing up in the backwoods of north-central Florida. The time spanned the late twenties to the early fifties, and isolation and an abundance of mosquitoes and snakes were their claim to fame. The writer was Marjorie Kinnan Rawlings. In her 25 years at the Creek, Miz Rawlings was regarded as That Woman--warm, high-strung, and simply eccentric. She drove recklessly, smoked in public, and had black spells. A Pulitzer Prize did little to change her status. In Cross Creek everyone had space to be a character and every character had a title: the meanest, laziest, most pregnant, or best cat fisherman. Describing day-to-day life in unaffected prose, Glisson's portraits include Charley, the fisherman who did his banking in a Prince Albert tobacco can nailed to a tree; Bernie Bass, who spoke perfect Florida Cracker without polish; Old Blue, young Jake Glisson's nuisance hog; Aunt Martha Mickens, the matriarch of all the blacks at the Creek (including Henry, the first critic to pass judgment on Jake's drawings); and especially Jake's father, Tom, the man whose wisdom, boundless optimism, and colorful speech figure prominently in Rawlings's Cross Creek. (Of his famous neighbor, Tom once commented that when she gets her tail up above her head, her brain don't work.) Glisson's own finely detailed pencil and pen-and-ink drawings illustrate these vignettes, and he explains that the idea of earning his living as an artist first came to him when he saw Rawlings's books illustrated with such vivid pictures that he could smell the sawgrass, sweat, and gunpowder of the Creek. No wonder: One edition of The Yearling--the story of a deer and a boy Jake's own age--was illustrated by N. C. Wyeth, who visited Cross Creek and chatted about drawing (it's a matter of seeing and practice) while eleven-year-old Jake watched him sketch. Tom Glisson died while his son was enrolled in art school in Sarasota; three years later Miz Rawlings died, and an era ended. Today J. T. Glisson lives four and a half miles from the house where he grew up. When there's a breeze from the south, he writes, he sits on his porch and listens to the soft rustling of palmetto fronds, almost embarrassed by the beauty of his memories. J. T. Glisson has been an illustrator, publisher, and businessman

From the Back Cover 'I had met only two or three of the neighboring Crackers when I realized the isolation had done something to these people... they have a primal quality against their background of jungle hammock, moss-hung against the tremendous silence of the scrub country. The only ingredients of their lives are the elemental things.

Frequently Asked Questions About The Creek

What should you read after The Creek? Here is a list of books to read if you read and loved The Creek

0
|   0  reviews
Did you read The Creek? Please provide your feedback and rating to help other readers.
Write Review