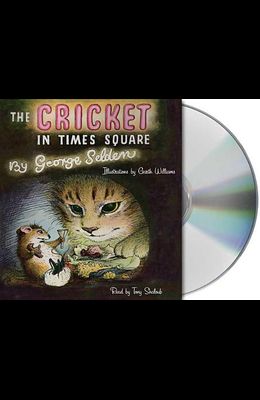 The Cricket in Times Square

Tucker is a streetwise city mouse. He thought he'd seen it all. But he's never met a cricket before, which really isn't surprising, because, along with his friend Harry Cat, Tucker lives in the very heart of New York City--the Times Square subway station. Chester Cricket never intended to leave his Connecticut meadow. He'd be there still if he hadn't followed the entrancing aroma of liverwurst right into someone's picnic basket. Now, like any tourist in the city, he wants to look around. And he could not have found two better guides--and friends--than Tucker and Harry. The Cricket in Times Square is a 1961 Newbery Honor Book.

Chester Cricket and His Friends Series In Order - By George Selden