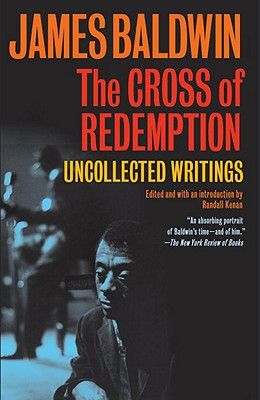 The Cross of Redemption: Uncollected Writings

by
James Baldwin and Randall Kenan

Baldwin on race is Baldwin on the white American psyche.... The Cross of Redemption becomes an absorbing portrait of Baldwin's time--and of him. -- New York Review of Books A revelation by an American literary master: a gathering of essays, articles, polemics, reviews, and interviews that have never before appeared in book form. James Baldwin was one of the most brilliant and provocative literary figures of the past century, renowned for his fierce engagement with issues haunting our common history. In The Cross of Redemption we have Baldwin discoursing on, among other subjects, the possibility of an African-American president and what it might mean; the hypocrisy of American religious fundamentalism; the black church in America; the trials and tribulations of black nationalism; anti-Semitism; the blues and boxing; Russian literary masters; and the role of the writer in our society. Prophetic and bracing, The Cross of Redemption is a welcome and important addition to the works of a cosmopolitan and canonical American writer who still has much to teach us about race, democracy, and personal and national identity. As Michael Ondaatje has remarked, If van Gogh was our nineteenth-century artist-saint, Baldwin was] our twentieth-century one.