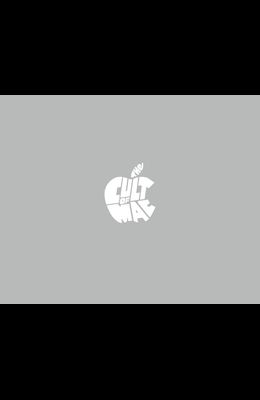 The Cult of Mac, 2nd Edition

It's been nearly fifteen years since Apple fans raved over the first edition of the critically-acclaimed The Cult of Mac . This long-awaited second edition brings the reader into the world of Apple today while also filling in the missing history since the 2004 edition, including the creation of Apple brand loyalty, the introduction of the iPhone, and the death of Steve Jobs. Apple is a global luxury brand whose products range from mobile phones and tablets to streaming TVs and smart home speakers. Yet despite this dominance, a distinct subculture persists, which celebrates the ways in which Apple products seem to encourage self-expression, identity, and innovation. The beautifully designed second edition of The Cult of Mac takes you inside today's Apple fandom to explore how devotions--new and old--keep the fire burning. Join journalists Leander Kahney and David Pierini as they explore how enthusiastic fans line up for the latest product releases, and how artists pay tribute to Steve Jobs' legacy in sculpture and opera. Learn why some photographers and filmmakers have eschewed traditional gear in favor of iPhone cameras. Discover a community of collectors around the world who spend tens of thousands of dollars to buy, restore, and enshrine Apple artifacts, like the Newton MessagePad and Apple II. Whether you're an Apple fan or just a casual observer, this second edition of The Cult of Mac is sure to reveal more than a few surprises, offering an intimate look at some of the most dedicated members in the Apple community.

List of All Editions of The Cult of Mac, 2nd Edition