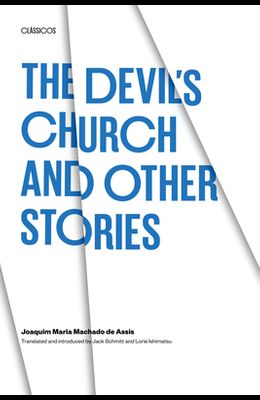 The Devil's Church and Other Stories

The modem Brazilian short story begins with the mature work of Joaquim Maria Machado de Assis (1839-1908), acclaimed almost unanimously as Brazil's greatest writer. Collectively, these nineteen stories are representative of Machado's unique style and world view, and this translation doubles the number of his stories previously available in English. The stories in this volume reflect Machado's post-1880 emphasis on social satire and experimentation in psychological realism. If he had continued to produce the moralistic love stories and parlor intrigues of his earlier fiction, Machado's legacy would have been an entertaining but inconsequent body of work. However, by 1880 he had begun a devastating satirical assault on society through his fiction. In spite of his ruthlessness, Machado does at times reveal an ironic sympathy for his characters. He is not indifferent to human conflict but uses humor and irony to stress the absurdity of these conflicts, acted out against the backdrop of an indifferent universe. Such a spectacle creates a sense of helplessness that can only inspire wistful amusement. In his technical mastery of the short story. Machado was decades ahead of his contemporaries and can still be considered more modern than most of the modernists themselves. That his stories elicit such strong and diverse reactions today is a tribute to their richness, complexity, and significance.