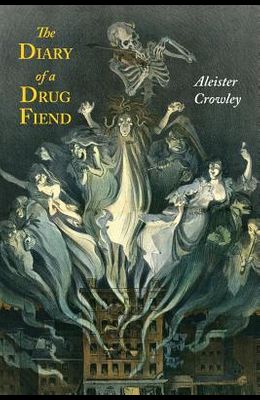 The Diary of a Drug Fiend

2013 Reprint of 1923 Edition. Exact facsimile of the original edition, not reproduced with Optical Recognition Software. Diary of a Drug Fiend, published in 1922, was occult writer and mystic Aleister Crowley's first published novel, and is also reportedly the earliest known reference to the Abbey of Thelema in Sicily. The story is widely thought to be based upon Crowley's own drug experiences, despite being written as a fiction. This seems almost conclusively confirmed by Crowley's statement in the novel's preface: This is a true story. It has been rewritten only so far as was necessary to conceal personalities. Crowley's own recreational drug use and also his personal struggle with drug addiction, particularly heroin, is well documented.

Books similiar to The Diary of a Drug Fiend

List of All Editions of The Diary of a Drug Fiend