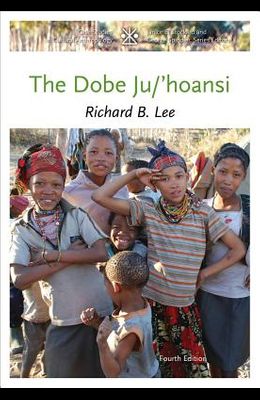 This classic, bestselling study of the Kung San, foragers of the Dobe area of the Kalahari Desert describes a people's reactions to the forces of modernization, detailing relatively recent changes to Kung rituals, beliefs, social structure, marriage and kinship system. It documents their determination to take hold of their own destiny, despite exploitation of their habitat and relentless development to assert their political rights and revitalize their communities. Use of the name Ju/'hoansi (meaning real people) acknowledges their new sense of empowerment. Since the publication of the Third Edition in 2003, Richard Lee has made eight further trips to the Kalahari, the most recent in 2010 and 2011. The Dobe and Nyae Nyae Areas have continued to transform and the people have had to respond and adapt to the pressures of capitalist economics and bureaucratic governance of the Namibian and Botswana states. This Fourth Edition chronicles and bears witness to these evolving social conditions and their impacts on lives of the Ju/'hoansi.