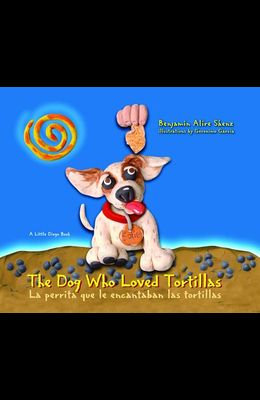 Diego and his sister Gabriela argue over their new dog Sofie. But it's only when Sofie gets really sick that they find out who their tortilla-loving pup really belongs to. This is a bilingual book for kids and dogs and even their parents. Once again, Benjamin Alire Saenz shows he understands the chemistry and dynamics of family, this time with a dog stirring up the recipe. Little Diego and Gabriela first appeared in Saenz and Geronimo Garcia's best-selling title A Gift from Papa Diego . Garcia's signature folk-inspired, sculpted clay illustrations depict a lovably goofy little mutt; rounded shapes-heads, dog bed, tortillas and more-combine with a warm palette to create a cozy, comforting atmosphere that reflects the traditions of Mexican-American family life described in the dual English/Spanish narrative. A universal message with a Latino flavor. -- Kirkus Saenz's text almost makes the book read like a short story--one that ably portrays mischievous sibling dynamics, a love of animals and the ways families come together during difficult times. Set against colorful solid backdrops, Garcia's clay artwork has an appropriately homey quality that keeps the focus on the siblings and their beloved pet. -- Publishers Weekly A captivating bilingual book with close family relationships and unconditional love at its core. -- Library Journal Benjamin Alire Saenz received three starred Publishers Weekly reviews in 2008--one for his young adult novel He Forgot to Say Goodbye (Simon & Schuster) and two for his illustrated book A Perfect Season for Dreaming (Cinco Puntos Press). Long at the forefront of the emerging Latino literature in the United States, he has received both the Wallace Stegner and Lannan fellowships, and he is a recipient of the American Book Award. His young adult novel Sammy & Juliana in Hollywood was named one of the Top Ten Best Books for Young Adults in 2005.