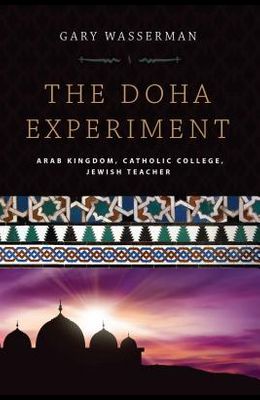 by
Gary Wasserman and Dick Durbin

Gary Wasserman's decision to head to Qatar to teach at Georgetown sounds questionable, at best. In the beginning, he writes, this sounds like a politically incorrect joke. A Jewish guy walks into a fundamentalist Arab country to teach American politics at a Catholic college. But he quickly discovers that he has entered a world that gives him a unique perspective on the Middle East and on Muslim youth; that teaches him about the treatment of Arab women and what an education will do for them, both good and bad; shows him the occasionally amusing and often deadly serious consequences his students face simply by living in the Middle East; and finds surprising similarities between his culture and the culture of his students. Most importantly, after eight years of teaching in Qatar he realizes he has become part of a significant, little understood movement to introduce liberal, Western values into traditional societies. Written with a sharp sense of humor, The Doha Experiment offers a unique perspective on where the region is going and clearly illustrates why Americans need to understand this clash of civilizations.