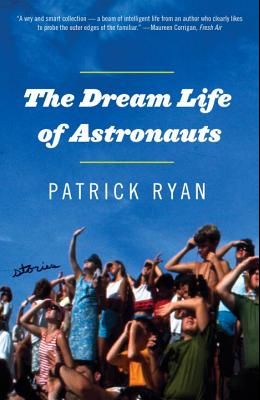 The Dream Life of Astronauts: Stories

For readers of Tom Perrotta and Lorrie Moore, these nine unforgettable stories, all set in and around Cape Canaveral, showcase Patrick Ryan's masterly understanding of regret and hope, relationships and family, and the universal longing for love. NAMED ONE OF THE BEST BOOKS OF THE YEAR BY St. Louis Post Dispatch - Refinery 29 - Electric Literature The Dream Life of Astronauts balances heartbreak with wry humor as its characters try to make sense of the paths they find themselves on. A would-be Miss America auditions for a shady local talent scout over vodka and Sunny D; a NASA engineer begins to wonder if the woman he's having an affair with is slowly poisoning her husband; a Boy Scout troop leader, recovering from a stroke, tries to protect one of his scouts from being bullied by his own sons; an ex-mobster living in witness protection feuds with the busybody head of his condo board; a grandmother, sentenced to driver's ed after a traffic accident, surprises herself by falling for her instructor. Set against landmark moments--the first moon launch, Watergate, the Challenger explosion--these private dramas unfurl in startling ways. The Dream Life of Astronauts ratifies the emergence of an indelible new talent in fiction. Praise for The Dream Life of Astronauts Ryan] displays a gift for excavating the dashed hopes and yearnings that lie beneath. He is especially adept at capturing the point of view of children, with a Salingeresque understanding of their alienation, their vulnerability, their keen powers of observation. --Michiko Kakutani, The New York Times Quietly commanding . . . A wry and smart collection--a beam of intelligent life from an author who clearly likes to probe the outer edges of the familiar. --Maureen Corrigan, NPR's Fresh Air Ryan is a master of that old-fashioned, captivating storytelling that deceptively reads as effortless. . . . Ryan never actually sends his characters into space; but his orbits of the human heart are enough. -- The New York Times Book Review Ryan brings a wry sense of intimacy to these dreamers who are always searching for a better life, for something new. --BBC Patrick Ryan's short stories go down lightly--but that doesn't mean they're lightweight. In the best of them, Ryan's transparent prose and seemingly casual tone sneakily ensnare you in tough moments and wryly rueful deflations of the heart and spirit. -- The Seattle Times You don't have to be a rocket scientist to appreciate this funny collection of stories set around Cape Canaveral. Moon missions and shuttle launches take a backseat to the earthly predicaments faced by the eclectic cast of Boy Scouts, gangsters, grandmothers and beauty queens. -- The Atlanta Journal-Constitution There is humanity and heart in each one of these tales, all rendered with nuance and depth that will leave a mark on your thoughts long past the final pages. -- Refinery29 Patrick Ryan's characters are people who are a little more beaten down than they know. They are not introspective by default, and yet, due to circumstances, they are forced to look into themselves and find something that, in his own phrase, feels like life. -- Literary Hub The author illuminates his] characters with pitch-perfect dialogue and period references that capture the various decades in which the stories take place. -- Publishers Weekly