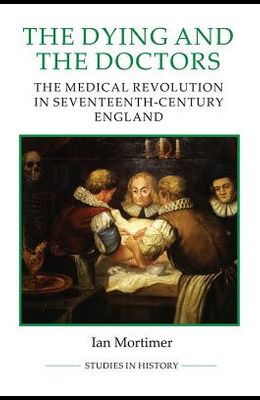 The Dying and the Doctors: The Medical Revolution in Seventeenth-Century England

From the sixteenth century onwards, medical strategies adopted by the seriously ill and dying changed radically, decade by decade, from the Elizabethan age of astrological medicine to the emergence of the general practitioner in the early eighteenth century. It is this profound revolution, in both medical and religious terms, as whole communities' hopes for physical survival shifted from God to the doctor, that this book charts. Drawing on more than eighteen thousand probate accounts, it identifies massive increases in the consumption of medicines and medical advice by all social groups and in almost all areas. Most importantly, it examines the role of the towns in providing medical services to rural areas and hinterlands using the diocese of Canterbury as a particular focus], and demonstrates the extending ranges of physicians', surgeons' and apothecaries' businesses. It also identifies a comparable revolution in community nursing, from its unskilled status in 1600 to a more exclusive one by 1700. IAN MORTIMER holds PhD and DLitt degrees from the University of Exeter. He was elected a Fellow of the Royal Historical Society in 1998.

List of All Editions of The Dying and the Doctors: The Medical Revolution in Seventeenth-Century England