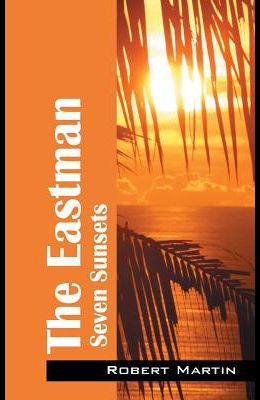 If you can met with Triumph and Disaster and treat those two imposters the same..... by Rudyard Kipling. How would you react if you discover that the people who hired you were not who you thought they were? Abdul Karmar, also known as the Eastman, is hired by gun-runners from Italy to contact people in the UAE and help arrange a merger. At the same time he is told to eliminate a group of Jewish military who are in the Ukraine. This is strange enough but Abdul then discovers that one of the Jewish men is a distant relative. Recruiting an American Cov Ops agent, Sam Randall to provide some assistance, some of Sam's old enemies arrive on the scene and after a wild adventure at a Spanish horse ranch, both men have to get help from other sources. The entire saga takes place in just seven long days, with escapes and rescues on every corner. And, at the end of the week...well, one will have to read the find out.

List of All Editions of The Eastman: Seven Sunsets