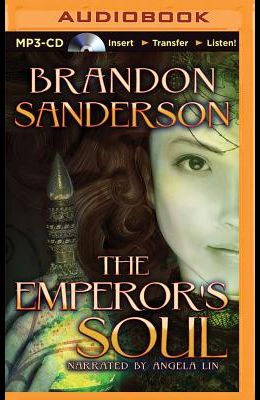 Part of the Elantris Series
by
Brandon Sanderson and Lin

New York Times bestselling author Brandon Sanderson is widely celebrated for his Mistborn Trilogy and contribution to the final three books of Robert Jordan's Wheel of Time series. In The Emperor's Soul , a Forger named Shai can copy and re-create any item by using magic to rewrite its history. After being condemned to death for attempting to steal the emperor's scepter, Shai is given one final chance. She'll be allowed to live if she can create a new soul for the emperor, who hovers near death.